How I Became An Estate Agent’s Hero

Brisbane conveyancing solicitor Chris Bridge became concerned when he noticed that his buyer client’s contract included a special condition authorising the pre-settlement release of the selling agent’s commission.  Such a “pre-draw” practice may be legal elsewhere if the contracting parties agree, but not in Queensland where Section 385 of the Property Agents and Motor Dealers Act (PAMDA) permits agents to take commissions from their trust accounts only after contracts settle. 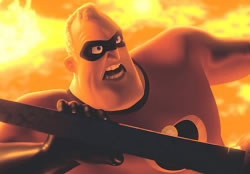 So Mr Bridge promptly and bluntly complained to the Office of Fair Trading that the seller’s agent was “stealing the buyer’s money”.  Fair Trading reported back, after this complaint had been investigated, that disciplinary action would be taken in the Commercial & Consumer Tribunal. (See: Early Release (Or Stealing?) Of Commission )

Three charges (arising from four settled sales) were brought, not against the real estate agency, but  against the licensed agent involved (let’s call him “Danny”):

No matter that Danny was neither the proprietor of the agency which made the sales, not the salesperson involved.  This recently acquired agency was owned by a couple who, although registered salespersons, had yet to obtain their agents’ licences.  Danny had been engaged in the meantime to act as the agency’s locum principal.  He received a weekly fee but no commissions from agency sales.

More about “How I Became An Estate Agent’s Hero”…