Hot on the heels of the contract switchers at Barry Plant Real Estate Croydon comes Ranges First National Real Estate of Belgrave. But things get much worse when the switching of contracts is compounded with lies and threats as part of an attempted cover-up. 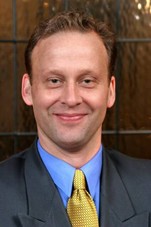 As usual (see other postings on contract switching), we told the Ranges First National Real Estate not to use the REIV Contract Note in our client’s sale, as we had prepared a full Contract of Sale for this purpose. And as often happens in contract switching cases, the first we knew of the switch was when the estate agent sent us an REIV Contract Note attached to the Section 32 Vendors Statement. 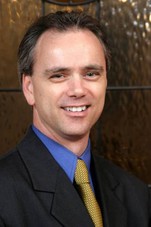 I immediately sent a fax to Ranges First National Real Estate, addressed to sales consultant Jim Conder, and estate agency director Rik Rushton, asking for an explanation. Here is the explanation Jim Conder left for me by voicemail:

“Peter it’s Jim Conder from Ranges First National, I know you’ve sent us a fax in regards to the contract note.  There was no deception in using that, what’s happened is that the page in regards to not using a contract note was faxed to us and put in our file, the section 32 we had emailed and uploaded that, so what’s happened is we’ve got the section 32 prior to the fax, and given that to the clients, and obviously that fax has been put in our main file, and you’ll notice that the contract was written up the very next day.  So, it’s just obviously that fax did not come to my attention until that’s obviously been drawn up.  I’m happy to have it written up by both parties if that’s an issue, but there was no-one hiding anything or not wanting to use it.  It’s just that the fax has gone into one section, and the emailed section 32 has gone into another…”

ASIDE: As disgraced US President Richard Nixon discovered, bad behaviour is one thing, but it’s the lies and the cover-up that can really compound a problem.

More about “Contract Switching & Lies At Ranges First National RE”…