An Appeal Court has ruled that a father and his daughter validly escaped a developer’s option to buy their property because of a solicitor’s slackness over the Christmas-New Year holiday period. 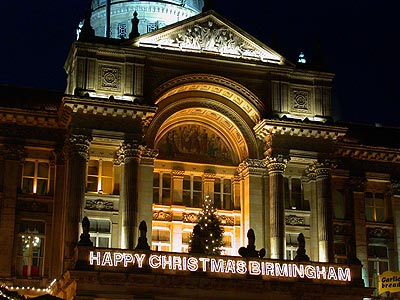 When Maitland Murray and daughter Jacqueline bought a bungalow in Birmingham, England, from pension fund trustees one of the sale terms gave the trustees, who owned adjoining playing fields, an option to re-purchase from Murrays.  This option was exercisable within 15 years from 9th December 1985, the date of the conveyance to Murrays.  Despite being in a green belt, the playing fields would increase in value if development permission was granted in the future. Murrays’ property was critical for access to any development.

In 1997 Darkstar Land Limited acquired the playing fields and the benefit of the option.  On 4th December 2000, with a new town plan in the wind, Darkstar gave notice of exercise of the option.  The purchase price, determined after an independent valuation, was less than Murrays expected.

Nevertheless, Darkstar generously offered them “enhanced terms”.  Murrays’ property would be put on the market and Darkstar would pay Murrays one third of the difference between the option price and the best offer received.

By July 2003 planning permission had been obtained for the construction of five dwellings on the playing fields, but Murrays and Darkstar were still negotiating some details of the “enhanced terms”.  A month later Darkstar announced it would enforce the original option terms.  On 16th December 2003 Murrays were served a “10 working days” notice to complete.  This warned that, should they not settle, Darkstar would issue court proceedings for specific performance and/or damages.

Because the notice included an un-veiled threat, it had been prepared by Miss Haylock, a solicitor in Darkstar’s London solicitors’ litigation department, rather than by Mrs Roots, the conveyancing department’s solicitor.  At the same time Darkstar offered, without prejudice, to proceed on the enhanced terms provided Murrays accepted without further amendment an enclosed draft contract.

The Murrays were reluctant to settle on terms they considered unfavourable, and mistakenly thought the time limit expired on Boxing Day.  So in dismay they contacted the Birmingham Post.