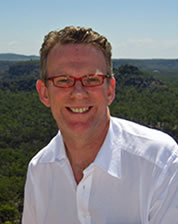 Neil Jenman does most of his fighting on behalf of consumers who have fallen victim to real estate corruption. But who fights for Neil Jenman when powerful and corrupt real estate industry forces direct their collective fury at him by way of a highly orchestrated and well resourced smear campaign? A group of Jenman’s supporters have decided to fight anti-Jenman forces through a new website.

The popular ABC Television program Australian Story profiled Neil Jenman in “The Avenger” and describes him as follows:

“Neil Jenman made a fortune in real estate before deciding to switch sides and act for consumers who’d fallen foul of the property market. It was a controversial move that won him as many enemies as it did friends.

Jenman uses unorthodox methods to make his point – stalking the ‘bad guys’ for answers, often in the company of television cameras. But he has no regrets about his style. The adrenaline of the chase coupled with naming and shaming the perpetrators can, he says, lead to quick and effective results.”
Australian Story – ABC Television 29 October, 2007

Protecting consumers has not made Jenman popular with those who exploit consumers, and the spruikers, marketeers and their dodgy acolytes have come to fear and despise him. Unable to legitimately defend their improper conduct, they have resorted to smear and psychological attacks. According to Jenman’s wife Reiden, one has even published the Jenmans’ home address on the internet.

Jenman Fights Back – The Truth

The website Jenman Fights Back – The Truth states its purpose quite clearly:

“Jenmanfightsback.com.au responds to smears spread by spruikers about Neil Jenman. We truthfully confront the lies, twisted-truths and rumours about one of the country’s most dedicated consumer advocates. The purpose of this site is to help protect Neil Jenman, the man who protects consumers.“

Personally, I think the truth of the situation is neatly bundled into a short quote from Jenman:

“If crooks liked me, I wouldn’t be doing my job,” says Jenman. “I am proud to be so disliked by so many rogues.”

Visit “Jenman Fights Back – The Truth”…