Agents might heed the Appeal Panel’s general warning to be “especially careful” that buyers are informed of material matters not discoverable through “undertaking usual enquiries,” and to be wary of not disclosing anything “particularly unusual” about a property.

STORY ONE FROM QUEENSLAND:

When Chris and Mary Carr went house‑hunting they noticed tradesmen working on one of the houses they inspected.  “The owners are still preparing the 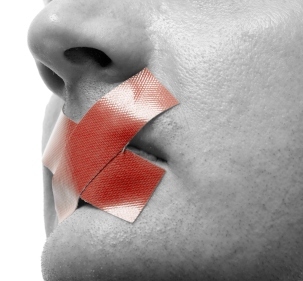 property for sale”, remarked estate agent Warren Bligh during this inspection.  Chris and Mary had a second inspection a few days later and soon decided to buy the house.

Bligh promptly prepared a contract containing the standard Law society / Real Estate Institute conditions, and suggested Carrs utilise one of the contract’s optional clauses.  This made the contract, which Carrs happily signed, conditional upon satisfactory building/pest inspections of the property.

Carrs’ building and pest inspectors reported that the house was in good condition.  Although termite workings could be seen, there was no evidence of termites and no visual timber damage.  A chemical barrier had been applied, but some areas had been missed.  Carrs were not happy with this state of affairs, cancelled the contract and got their deposit back.

This often happens with residential sales, except in the A.C.T. where sellers must supply building and pest reports to prospective buyers.  What followed here was unusual.  Carrs discovered that Bligh had not told the full story behind why tradesmen were at the property.  What he knew (but did not disclose) was that the owners, before listing for sale, became aware of termites in the house.  Pest controllers were engaged to undertake treatment and preventative programs while tradesmen were needed to repair the termite damage.

Carrs would not have contracted to buy this property (and wasted good money on reports) if they’d known these facts first.

What followed next was more unusual.  Carrs complained to the local Fair Trading office which brought disciplinary proceedings against Bligh in a Consumer Tribunal.  He was charged with breaching statutory Code of Conduct obligations by, firstly, failing to act fairly and, secondly, by engaging in misleading conduct.

« Can flood-prone Queensland homes be sold without sellers or agents volunteering the soggy truth? Yes!
Vendor Property Inspections – Better For Everyone »