Luxury River-Front Property For Sale – Flooded Only Once (Or Twice)

What do you do when a property you have contracted to sell is damaged (by flood, fire or whatever) before settlement?  What do you do if you are the buyer of that property?  These critical questions arose for more than a few sellers and buyers across Queensland during the State’s extensive flooding of December 2010 and January 2011. 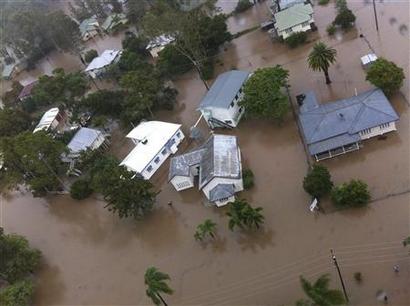 A year later, with Queenslanders currently remembering and revisiting those dark days, these questions are still of concern to all involved in selling, buying or renting a home.

In one instance last year, the buyer and seller of a flood-damaged property could not agree on what to do.  So they took the matter to court.  Queensland’s Court of Appeal in the recent case of Dunworth v Mirvac ultimately ruled that a woman buying a $2.155 million river-front apartment in Mirvac Queensland Pty. Ltd’s up-market Tennyson Reach development had validly terminated her 2007 off-the-plan contract because of significant damages caused to the apartment by the January 2011 flooding.   Despite quite technical legal arguments raised by the seller/developer’s Queen’s Counsel and Senior Counsel during two hearings the appeal court finally found for the buyer.    Even before the flooding took place, every apartment in Mirvac’s complex of high-rise buildings had dropped drastically in value from the 2007 off-the-plan sale prices.  Needless to say values on most, if not all, flood-affected Queensland properties have dropped drastically since the floods.  Sales of such properties have, of course, been very few and far between.

After Mrs Dunworth had earlier attempted to escape her by now over-priced purchase contract on the basis of alleged false, misleading and deceptive representations by Mirvac particularly regarding the apartment’s elevation, Mirvac obtained a Supreme Court order obliging Mrs Dunworth to settle the contract (and pay some $500,000 interest) by 8th February, 2011.  Less than a month before that date, along with thousands of other  Brisbane and Ipswich properties on or near the river,  the Brisbane River flooded this ground-floor apartment (as it had similarly in 1974 inundated the land on which Mirvac built more than 30 years later).