When A Successful Auction Bidder Renegs On Signing 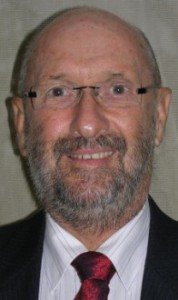 From time to time some consumer advocates suggest to successful auction bidders, who might have a sudden change of mind, that they should refuse to sign anything and walk away. This is dangerous advice because in most parts of Australia auctioneers may lawfully sign a sale contract on behalf of a reluctant buyer (and hesitant vendor). (See “Winning Auction Bidders Beware“). Even if no signed post-auction contract, a successful bidder who walks away may still wind up defending a damages suit – as happened to experienced property investor Jack Singh.

On 11th June Singh was the only genuine bidder at the auction of the Rossmoyne (Western Australia) home of Jim and Jenny Flynn. He  placed a bid of $3.6 million. With the reserve price of $3.9 million not reached, auctioneer Mark Mahon told those present he would seek the owners’ instructions whether the property could be sold at the price of the last bid. He soon returned to advise the property was on the market and that, if there were no more bids, it would be sold. He re-opened the bidding, received no other bids, called the price three times and knocked the property down to Singh.

After congratulating Singh and his wife Mahon invited them into the home to sign the contract. As they walked into the home, he asked if they had their chequebook. Mrs Singh tapped her handbag and said, “Yes, we’ve come prepared.” Once inside Singh asked if the vendors would accept a 60 day settlement. No, replied Mahon who explained that the auction terms provided for settlement on 12th July. But when Singh was asked to sign the contract, he said he no longer wanted to buy the property. He and his wife then left.

Singh ignored later written demands from Flynns’ solicitors, no deposit was paid and no settlement occurred on 12th July. Or at any other time. The property was placed on the market again, did not sell and was subsequently rented out. In due course Singh was sued by Flynns for damages on account of his misleading and deceptive representations with respect to future matters contrary to Section 4 of the Australian Consumer Law. There were two key aspects to Flynns’ claim: firstly that Singh’s bid was a misleading and deceptive statement as to a future matter and, secondly, that his conduct in allowing the auction to continue without withdrawing his bid, together with his saying and doing nothing to indicate he was not proceeding, misled Flynns and “other persons associated with the auction.” Flynns’ claim relied on the aggregate effect of Singh’s conduct.